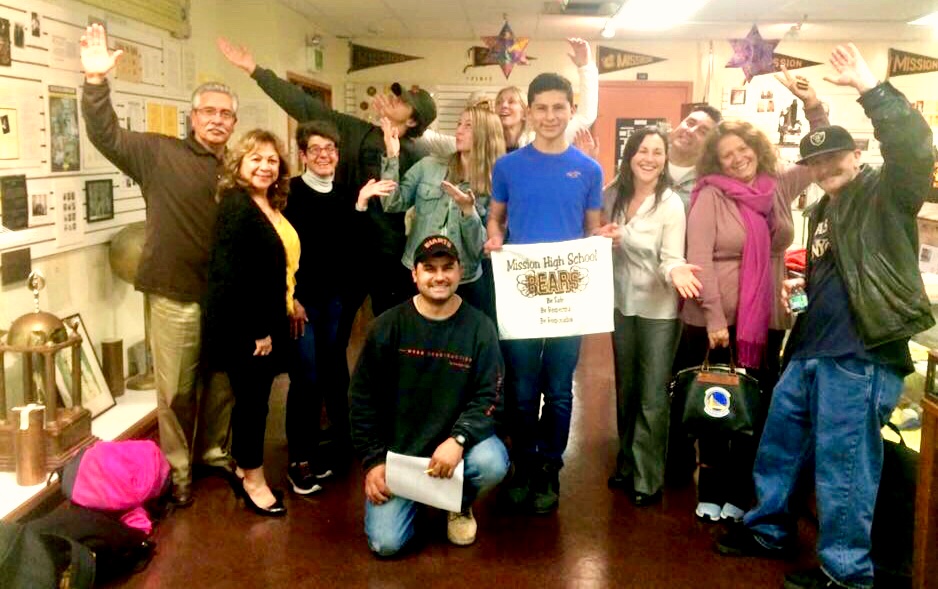 The Museum was founded in 1995 by former Mission science teacher Mr. Walter Swan and former MHS student and principal Ted Scourkes, for the purpose of preserving and displaying the rich history of Mission High School. In 2005 the Museum was dedicated to Mr. Swan and Mr. Scourkes for twenty years of operation.

The museum’s artifacts include antique school furniture, equipment, photographs, and yearbooks. Near the middle of the room is a scale model of Mission Dolores built by civil engineering and woodworking students in 1926 to commemorate the City’s sesquicentennial anniversary. There are books written by Mission alumni. Many of the museum’s noteworthy memorabilia include the school’s well-known alumni, including writer Maya Angelou; former San Francisco Giants third baseman Alan Gallagher; former California governor and San Francisco mayor James “Sunny Jim” Rolph; and California State Senator Leland Yee.

Some items were donated by alumni, including a gift from musician Carlos Santana of the original artwork from one of his albums. The Museum is a lively environment, the content is changing to reflect Mission’s ever changing student body population, sports achievements, student after school clubs, community service awards, sports Hall of Fame members, famous Mission graduates and the Mission buildings from 1896 – present.

Teachers bring their classes to the Museum to see Mission’s history, with each student receiving a quiz on the Museum contents afterward. The museum has many visitors throughout the semester ranging from alumni groups to visitors from other counties.

Ray Lerma worked with Mr. Swan and Mr. Scourkes for four years, taking over after the death of Mr. Swan.

Join Us in Creating Possibilities! Help Support and Nurture Learning at Mission High

December 01, 2021 - The global pandemic has imposed huge adjustments in all of our…

April 16, 2020 - The final year of high school for seniors across the country…